Introduction
Somewhat embarrassing. We believe everyone that they are who they say they are. 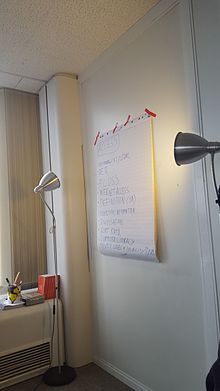 What is going on in EU right now:

Brainstorming: what matters for us?

formats. Governments buy applications, not libraries. Maybe we could do something on interoperability?

authorities, but also from companies and other organizations etc.)

So the most important topics are:

General point:
What is being produced / paid for by the government, should be accessible by the general public. This goes for access to government information, this goes for data, for educational resources. Freely accessible is the very minimum, free licenses are the next step. (government including all institutions paid for by public money). The question is on which issues we take the first stance.

We agree that copyright is the most important issue to take up now.
We are trying a new way of brainstorming/mapping our ideas. Everyone writes one issue on one post-it and then we map it according to how much we agree on it and its political feasibility. 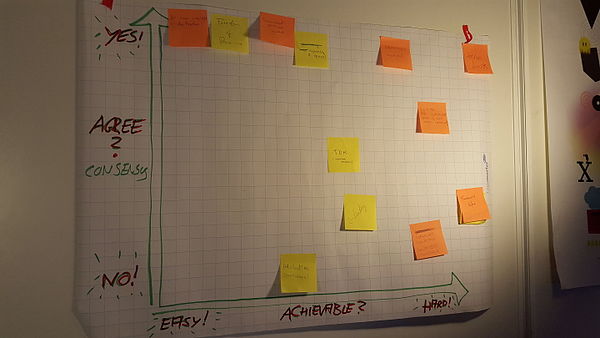 Liability: defending the status quo
On this, we’re „conservatives“.

On the agenda because of the recent attacks, after every attack people put up proposals to diminish privacy people have online. Will there be knee-jerk reactions?

what you are going to read. Hinders your intellectual freedom.

Walk-in, coffee
Brussels lockdown starting. No metro. In the building no heating. Cold.

What has been done on chapter level

work with opening up their information)

How to set up a national campaign 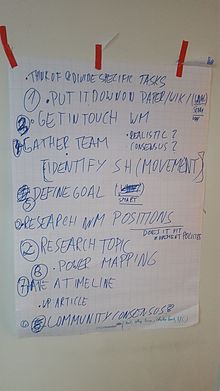 What is the right approach?

Order of steps 1. write it down on paper wiki (including why and the goal) 2. do research on the topic you want to lobby about (to know what your talking about) 3. research Wikimedia positions 4. gather a team 5. identify central persons in the movement and get in contact with them 6. The SMART goals (other can help them with that) 7. check community consensus on the issue 8. Power mapping (will help to redifine the SMART goals later on)

Discussion about checking the consensus within the community

What was new for this meeting?

What are the outputs?

What are the next steps?